"You're too young to let the world break you."

The group of bright, talented, charming, hardworking beautiful boys that are RM, Jin, Suga, J-Hope, Jimin, V, and Jungkook has not only invaded our consciousness with their unique, powerful, positive, youth-oriented music -- through massive YouTube viewership and overall phenomenal social media dominance -- but they have also captured hearts and minds as well.  What's amazing about their popularity is that they were able to conquer audiences from across all generations, (yes, they have parents in their fan base), gender, culture and geographical location.  And they did this while singing and dancing to songs written in their native South Korean language! Their success has spread overseas as they collaborated with famous foreign artists like The Chainsmokers, Steve Aoki, Becky G, Nicki Minaj, Halsey, Sia, among others.

You can opt for using BTS photocards or lomo cards as a unique form of invitation.  These are K-pop merchandise that fans always delight to have.  The photo cards are items with the K-pop group's photos on it, typically given or sold to fans to add to their collectibles.  Lomo cards are smaller in size.  Both these cards act as tiny posters, one that any self-respecting BTS fan would consider worth getting. The card paper is often glossy and made of good quality material and would look great as desk or wall decorations.

You can also use BTS decal bookmarks or stickers as birthday invitations. BTS army fans will love how useful these things are.  They can put them in their books, laptops, or walls as room decors.

Or you can also create the invitation yourself, by sourcing from the web. There are tons of images and photos of BTS that you can download and piece together to create your own design and invitation. 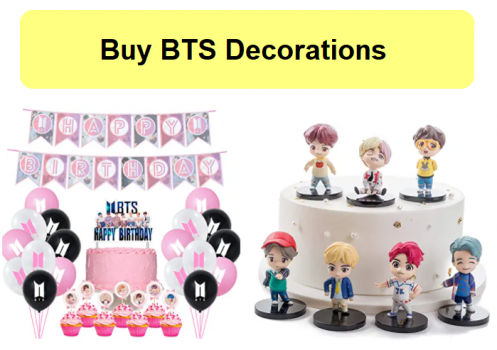 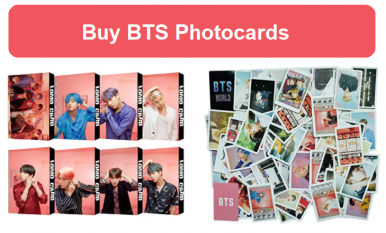 The Bangtan Boys debuted and retained throughout the years an image consistent with their music -- deep, energetic, edgy.  In 2020 with the release of their song "Dynamite", they officially changed the color of the BTS logo and the members' social media profiles to retro and pastel colors, predominantly pink.  The days are dark, but BTS wanted to spread a message of hope.

A TBS-themed party can use the deep, energetic and edgy color palette, or go with the flow and adopt the bubblegum-happy rainbow pastel colors.

You can put up balloons, streamers, garlands and other decorations with BTS prints on them, or just stick to plain ones but following the whites, pinks, or blacks of the BTS old color scheme, or the rainbow motif of the BTS 2020 vibe.

BTS is much-loved by their fans regardless of gender.  They are always unafraid to show both their powerful and vulnerable sides, as reflected in their songs, costumes, and color choices.   So it is easy to opt for the strong manly black and white, or army colors.  Or, if you watch the BTS song "Dynamite", "Boy with Luv", among others, you can get a feel of how a BTS feminine birthday party would look like -- light, colorful and summery happy.

And if you could get standees of all the beautiful boys of BTS, that would  be a guaranteed hit for the birthday party.

The boys of BTS are so multi-talented that they co-write and produce much of their own songs.  The songs they create are a mix of their influences and personal styles.  There is much of hiphop given that some of the members used to be underground rappers.  Through the years, BTS' music evolved as they added new elements to their repertoire, so you could hear some R&B, pop, jazz, rock and even orchestra in their recent releases.  In 2020, they veered towards some disco and retro music, such as "Dynamite", which fans massively love.

Needless to say, you can use the group's powerful and distinctly unique music in your kid's BTS-themed birthday party and the party would all the more be exciting because of this happy addition. 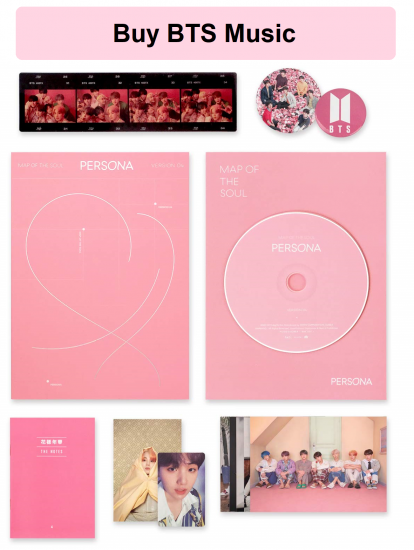 How well do you know BTS?

Your birthday kid and his or her guests would love to play this game that tests how well they know the BTS boy band.  You can prepare trivia questions about the BTS members, their songs and their story.  This can be played either individually by handing out questionnaires that the guests can answer under a certain amount of time.  Or it can be played by teams and done in a quiz-contest format on stage, where a quiz master dishes out the questions and the teams beat each other to answer the questions first.

You can give fun rewards such as BTS-printed certificates, or trophies peppered with BTS stickers.  Unleash your imagination as long as you follow the BTS theme.

You can play this game outdoors or indoors, as long as there is sufficient space where you can play out the scenario of this game.  The game is played in teams.  The story line is about the BTS boy band kidnapped by an evil music-hating madman and trapped in his fortress in the middle of a dark forbidding forest.  The teams must rescue the boys but they will only be given one clue at a time as to the whereabouts of the boys.  Every clue is a direction that will lead to another clue, which will give the teams their direction to another clue, and so on until they reached the fortress.

The clues, phrased with BTS-related trivia, would have the teams hurdle certain obstacles or conditions.  For example, clues would be located on areas where the team participants need to jump, dance, sing, act, solve puzzles, get stuff, or generally do something before they can get the clue. You need to assign someone to man the locations of the clues, to supervise the game and make sure the players move on in a safe manner along the obstacle race.

This is the talent portion of the birthday party.  The guests can either join as individuals or as a team.  The birthday host should announce early on in the program that there will be a BTS sing-and-dance contest and announce the mechanics.  The teams could choose a BTS song in advance.  They will have all the time during the birthday party to practice and prepare for their presentation.

Near the end of the program, the teams should take their BTS stage and perform the songs they have chosen.  A group of assigned judges could determine the winners of this contest, or have the loudest-applause system of judging instead. 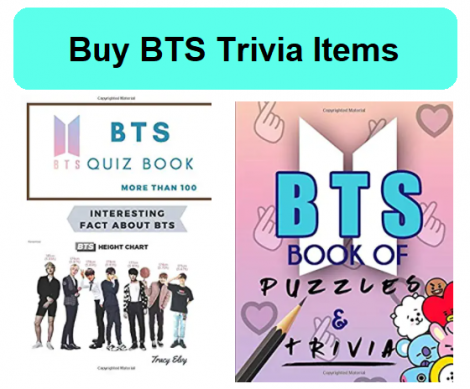 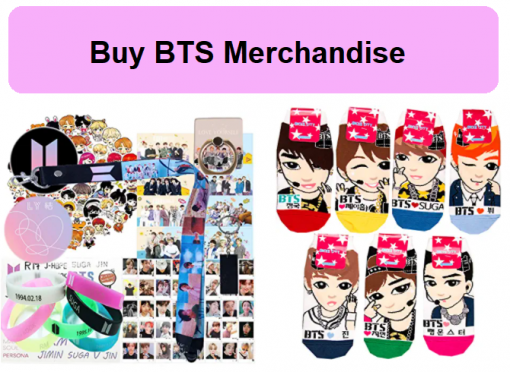 BTS is so massively popular worldwide that tons of merchandise about them are selling everywhere.  You would have no trouble finding some BTS-themed party favors that could spice up your kid's birthday party.

Where to start?  Just keep in mind the basics.  You need  lootbags, and inside those loot bags, some sweets, something nice, something brag-worthy for a budding BTS fan, and something useful or functional, in BTS form, of course.

These could cover a wide range of items, but don't be intimidated. Keep in mind your child's preferences and reconcile it with your working budget, and you would have no problem coming up with a delightful bag of BTS party favors that would flutter the heart of every guest. 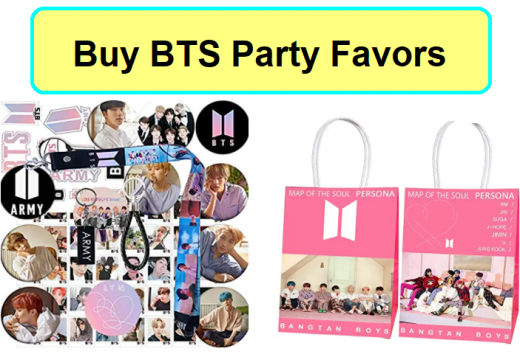 If the birthday child is pretty young, toys and plushies may be an option. Function and form -- items that have these qualities will always be valuable to the receiver.  Select BTS-inspired gifts that are quality-made, functional and beautiful.

If your birthday celebrator is a teen, get those BTS fan collectibles and memorabilia.  If you have the budget for it, any items that carry the official BTS logo, symbols and insignia, and most particularly those that have the BTS members' faces printed on it, are sure to make the birthday kid ecstatic.

The key is to know the personal taste and preference of the birthday kid, and keep this in mind as you choose the best birthday present for him or her. 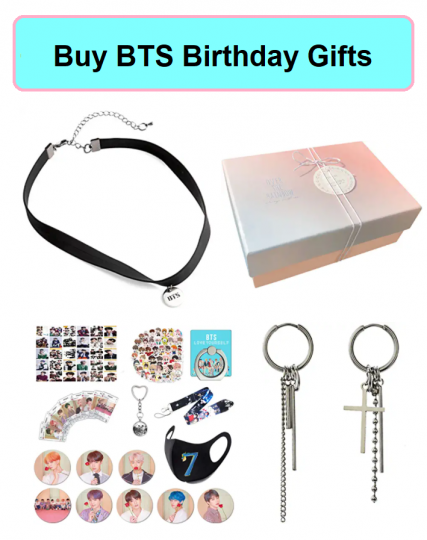 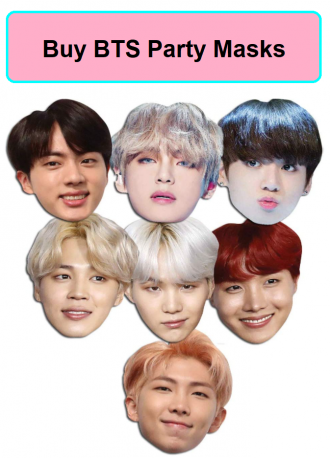 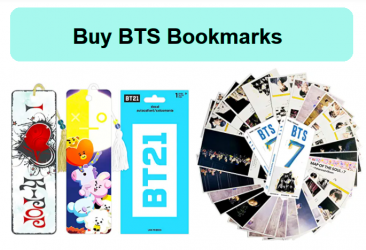